What can we learn from these two masters of statecraft and war? While I do not suggest that you adopt all of the advice which follows as a guide for either litigation or mediation, it is instructive to reflect on some of the principles articulated by Machiavelli and Sun Tzu in these contexts in which litigators wage their battles to fulfill the interests of their clients. As you will observe, much of what follows is at odds with the advice contained in the companion outline provided with these materials (e.g., regarding transparency and deception). Yet there is wisdom in the alternative approaches of these ancient masters and much worthy of debate.

Know Your Enemy and Yourself

Know Your Neighbors (Co-Defendants) and Neighborhood

“We cannot enter into alliances until we are acquainted with the designs of our neighbors. We are not fit to lead an army on the march unless we are familiar with the face of the country . . .” Sun Tzu, The Art of War, Ch. VII.

“I compare fortune to one of those violent rivers which, when they are enraged, flood the plains, tear down trees and buildings, wash soil from one place to deposit it in another. Everyone flees before them, everybody yields to their impetus, there is no possibility of resistance. Yet although such is their nature, it does not follow that when they are flowing quietly one cannot take precautions, constructing dykes and embankments so that when the river is in flood they would keep to one channel or their impetus be less wild and dangerous. So it is with fortune. She shows her potency where there is no well-regulated power to resist her, and her impetus is felt where she knows there are no embankments and dykes built to restrain her.” Machiavelli, The Prince, Ch. XXV.

“These are the six ways of courting defeat – neglect to estimate the enemy’s strength; want of authority; defective training; unjustifiable anger; nonobservance of discipline; failure to use picked men . . . ” Sun Tzu, The Art of War, Ch. X.

“To secure ourselves against defeat lies in our own hands, but the opportunity of defeating the enemy is provided by the enemy himself.” Sun Tzu, The Art of War, Ch. IV.

Make Certain That Everyone Knows Your BATNA

Do Not Surrender Your Arms

“There is simply no comparison between a man who is armed and one who is not. It is simply unreasonable to expect that an armed man should obey one who is unarmed, or that an unarmed man should remain safe and secure when his servants are armed.” Machiavelli, The Prince, Ch. XIV.

“To fight and conquer in all your battles is not supreme excellence; supreme excellence consists in breaking the enemy’s resistance without fighting. . .The skillful leader subdues the enemy’s troops without any fighting; he captures their cities without laying siege to them; he overthrows their kingdom without lengthy operations in the field. With his forcesintact he disputes the mastery of the empire, and thus, without losing a man, his triumph is complete. This is the method of attacking by stratagem of using the sheathed sword.” Sun Tzu, The Art of War, Ch. III.

“Ponder and deliberate before you make your move. He will conquer who has learned the artifice of deviation. Such is the art of maneuvering.” Sun Tzu, The Art of War, Ch. VII.

“Whoever is the first in the field and awaits the coming of the enemy will be fresh for the fight . . . Therefore the clever combatant imposes his will on the enemy . . . By holding out advantages to him, he can cause the enemy to approach of his own accord; or by inflicting damage, he can make it impossible for the enemy to draw near.” Sun Tzu, The Art of War, Ch. VI.

“When envoys are sent with compliments in their mouths, it is a sign that the enemy wishes for a truce. If the enemy’s troops march up angrily and remain facing ours for a long time without either joining battle or removing demands, the situation is one that requires great vigilance and circumspection. To begin by bluster, but afterward to take fright at the enemy’s numbers, shows a supreme lack of intelligence.” Sun Tzu, The Art of War, Ch. IX.

“On the field of battle, the spoken word does not carry far enough; hence the institution of gongs and drums . . . banners and flags. Gongs and drums, banners and flags, are means whereby the ears and eyes of the host may be focused on one particular point.” Sun Tzu, The Art of War, Ch. VII.

“[A] prudent man . . . must behave like those archers who, if they are skillful, when the target seems too distant, know the capabilities of their bow and aim a good deal higher than their objective, not in order to shoot so high but so that by aiming high they can reach the target.” Machiavelli, The Prince, Ch. VI.

Punish All At Once; Dole Out Benefits Gradually

“Violence must be inflicted once for all; people will then forget what it tastes like and so be less resentful. Benefits must be conferred gradually; and in that way they will taste better.” Machiavelli, The Prince, Ch. VIII.

“A clever general . . . avoids an army when its spirit is keen, but attacks it when it is sluggish and inclined to return. This is the art of studying moods. Disciplined and calm, he awaits the appearance of disorder and hubbub among the enemy. This is the art of retaining self-possession.” Sun Tzu, The Art of War, Ch. VII.

Allow Your Enemy A Sense of Hope

“When you surround an army, leave an outlet free. This does not mean that the enemy is allowed to escape. The object is to make him believe that there is a road to safety, and thus prevent his fighting with the courage of despair.” Sun Tzu, The Art of War, Ch. VII.

“By altering his arrangements and changing his plans, the skillful general keeps the enemy without definite knowledge. By shifting his camp and taking circuitous routes, he prevents the enemy from anticipating his purpose. At the critical moment, the leader of an army acts like one who has climbed up a height and then kicks away the ladder behind him.” Sun Tzu, The Art of War, Ch. XI.

“Success in warfare is gained by carefully accommodating ourselves to the enemy’s purpose.” Sun Tzu, The Art of War, Ch. XI.

Better To Be Feared Than Loved

“The answer is that one would like to be both the one and the other; but because it is difficult to combine them, it is far better to be feared than loved if you cannot be both.” Machiavelli, The Prince, Ch. XVII.

“All warfare is based on deception.” Sun Tzu, The Art of War, Ch. I.

“In war, practice dissimulation and you will succeed.” Sun Tzu, The Art of War, Ch. VII.

“[A] prince . . . must learn from the fox and the lion . . . [O]ne must be a fox in order to recognize traps, and a lion to frighten off wolves. Those who act simply as lions are stupid. So it follows that a prudent ruler cannot, and must not, honour his word when it places him at a disadvantage and when the reasons for which he made his promise no longer exist.”Machiavelli, The Prince, Ch. XVIII.

“When settling disputes between his subjects, he should ensure that his judgement is irrevocable; and he should be so regarded that no one ever dreams of trying to deceive or trick him.” Machiavelli, The Prince, Ch. XIX.

Maneuvering Toward The Goal

“[T]here is nothing more difficult [than tactical maneuvering.] The difficult consists in turning the devious into the direct, and misfortune into gain. Thus, to take a long and circuitous route after enticing the enemy out of the way, and though starting after him to contrive to reach the goal before him, shows knowledge of the artifice of deviation.” Sun Tzu, The Art of War, Ch. VII.

Each Participant Has A Role To Play

“[Princes] should delegate to others the enactment of unpopular measures and keep in their own hands the means of winning favours.” Machiavelli, The Prince, Ch. XIX.

Use Each Participant’s Strength

“When he utilizes combined energy, his fighting men become, as it were, like rolling logs or stones. . . [T]he energy developed by good fighting men is as the momentum of a round stone rolled down a mountain thousands of feet in height.” Sun Tzu, The Art of War, Ch.V. 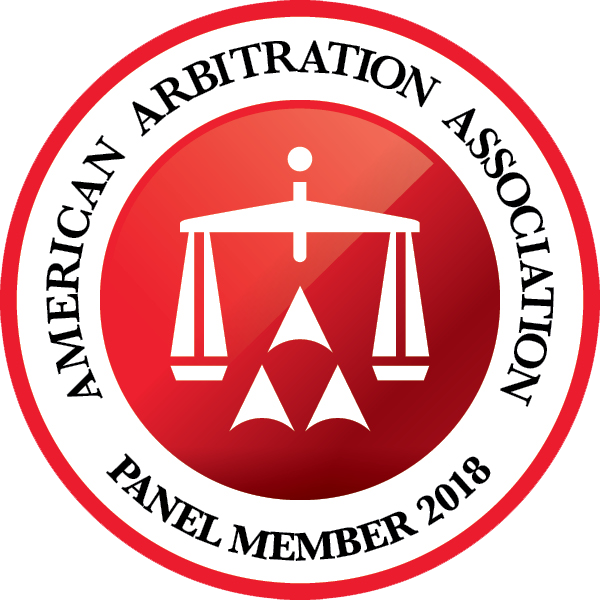 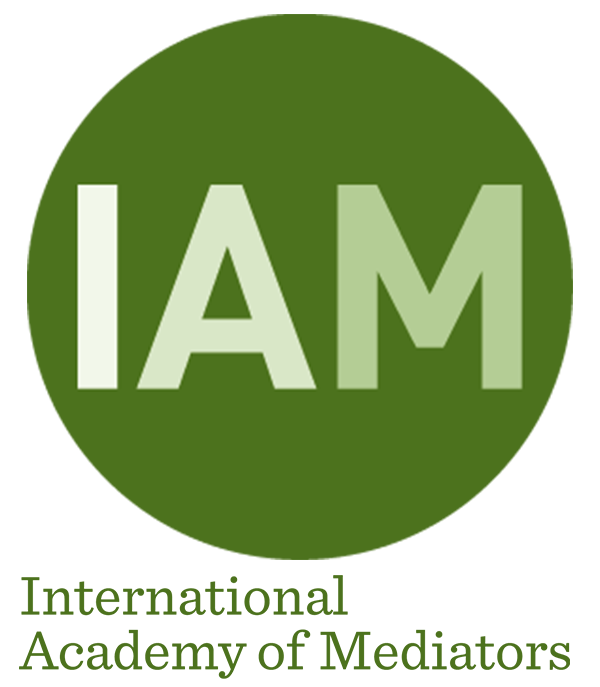 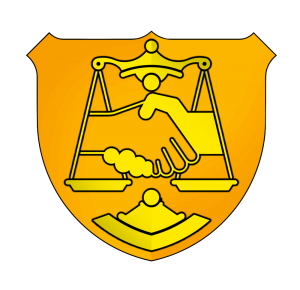 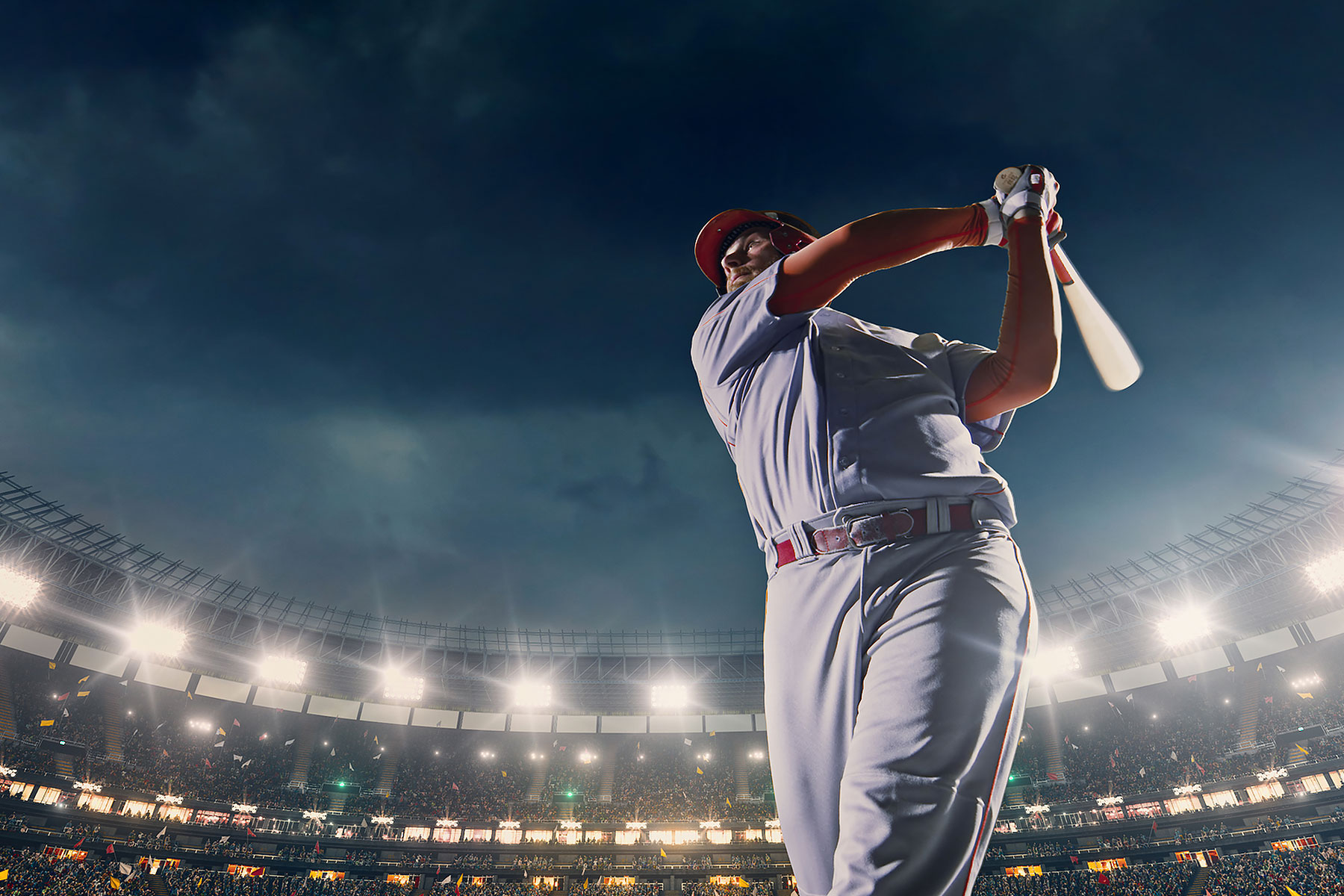 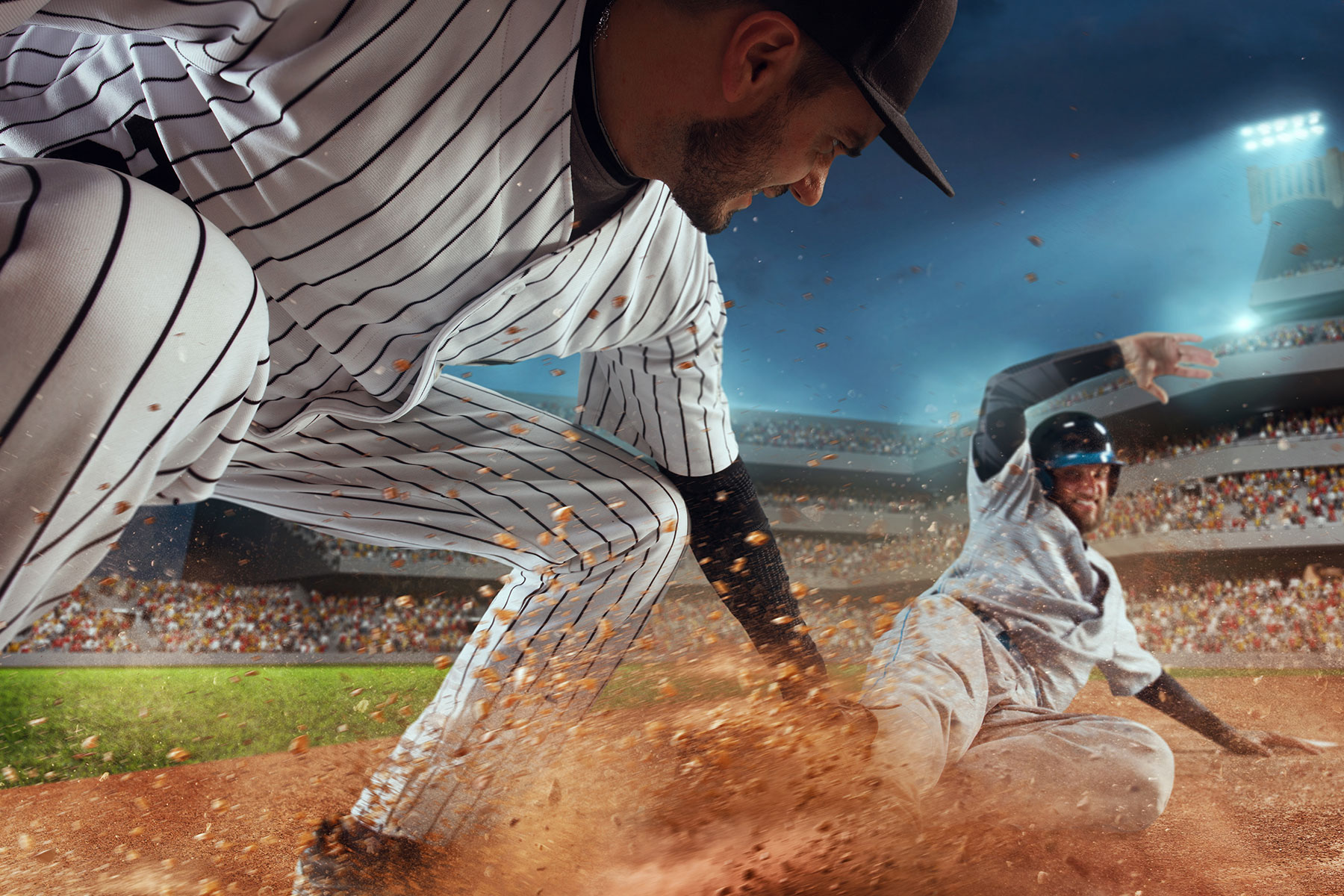 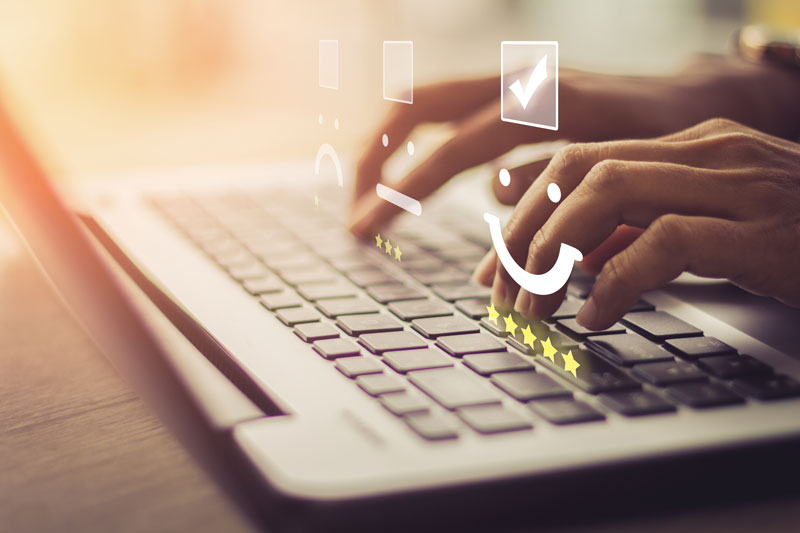 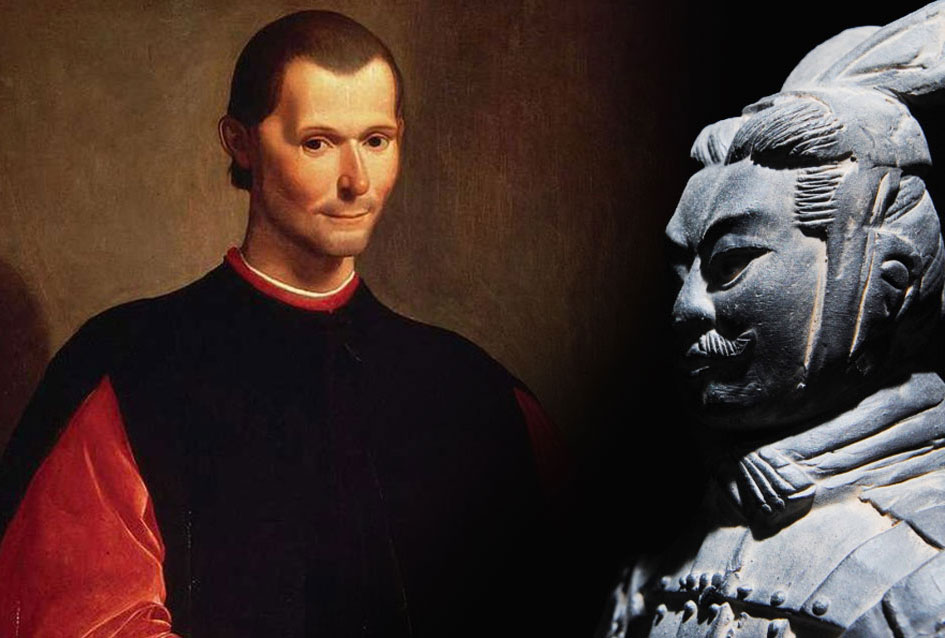